Nicaragua: Regime Change in the Age of Social Media 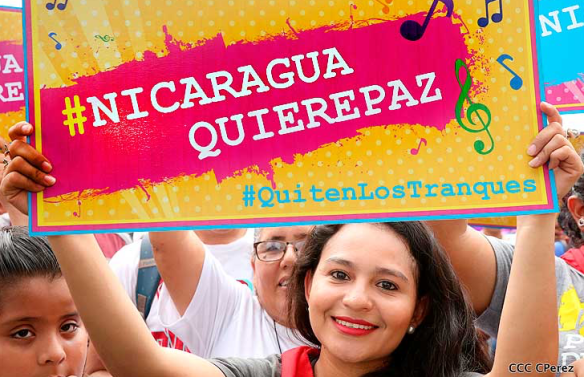 Camilo Mejía is Nicaraguan and resides in the US. As a soldier in the U.S. Army during the early 2000s, Camilo gained prominence as a prisoner of conscience for refusing to return to combat in Iraq. Camilo maintains strong ties to Nicaragua and is very knowledgeable about world politics. Thus, he became a critic of mainstream media coverage of the violence in Nicaragua in 2018. Camilo is a contributor to the e-book: Live from Nicaragua: Uprising or Coup and will speak about the research and investigative reporting that went into the book. He will also give an update about peace and reconciliation efforts in Nicaragua. The e-book can be downloaded for free in English and Spanish.

THIS EVENT IS FREE AND OPEN TO THE PUBLIC
Sponsored by Friends of Latin America (FoLA) and the Unitarian Universalist Congregation of Columbia (UUCC) Immigrant Campaign
For more information contact Leslie Salgado at Cuba_is_hope@comcast.net or  410-381-4899.

Published by Friends of Latin America

Join us at one of our events.